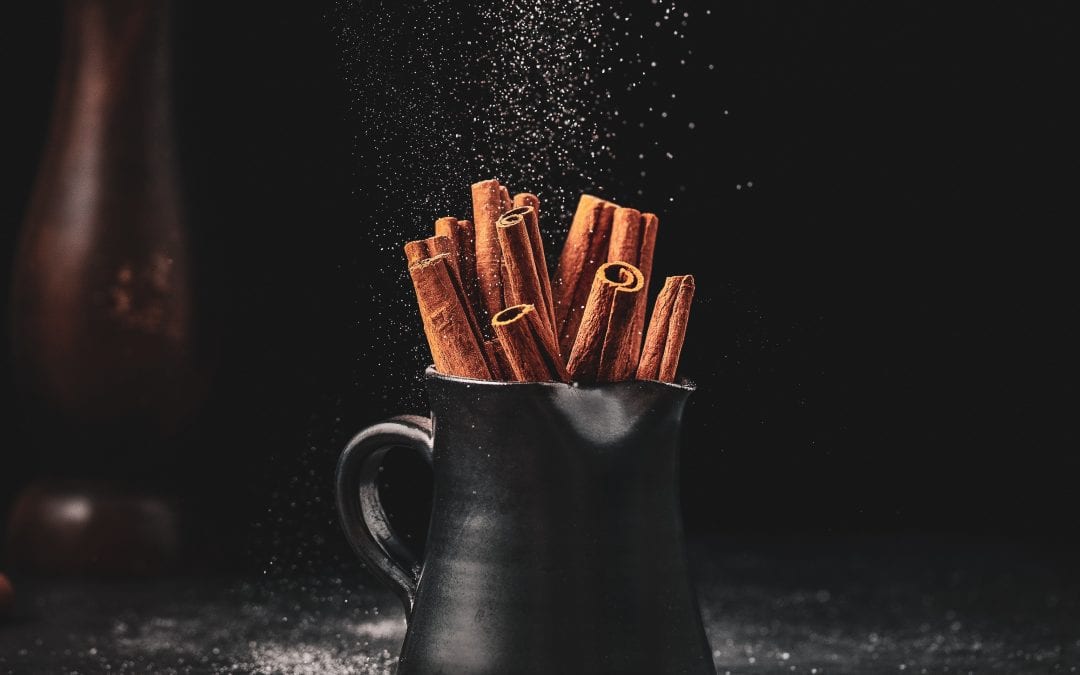 Last week, while sitting at Starbuck’s enjoying a morning coffee and writing, I pondered the fact that I have been enjoying cinnamon in my coffee. I then wondered: is cinnamon healthy? I decided to post the question and ask for input on my personal Facebook page.

I received some interesting comments about how people use cinnamon and what they thought the benefits were, such as anti-inflammatory, hormonal regulation, and increased metabolism.

How cinnamon is used in traditional Chinese medicine

I learned from my friend Ruth that in traditional Chinese medicine, cinnamon is an important herb used to release muscles when, for example, someone is sore from a cold or flu, and for certain types of longer-term muscle tightness. Cinnamon is also used to control sweet cravings, some types of edema (puffiness), some kinds of heart palpitations, as well as menstrual cramps, to name a few. Of course, it has to be the right quality and variety of cinnamon and in proper quantity.

I asked Ruth what type and quantities are the best? I learned that it is somewhat involved. It’s an individualized practice. Ruth shared with me that cinnamon is used by the gram and differing amounts for different conditions. And not everyone has the right constitution to take it as a daily preventive. As well, different types of cinnamon are used for different situations, but cassia is a common one.

Here are five things I learned about cinnamon from my online research:

1.Cinnamon is an aromatic spice that comes from the inner bark of the Cinnamomum tree species.

There are approximately 250 species identified. However, there are two main types of cinnamon:

Coumarin is a natural blood thinner and can lead to liver damage if consumed in excess. For this reason, it is essential to not take cinnamon supplements without first consulting your doctor. Cinnamon in a regular diet is not a health concern, but for those who take anticoagulants (blood thinners), they should be cautious not to consume an excessive amount. People with liver disease should limit their consumption of cinnamon.

As with most foods, industrial processing to grind cinnamon degrades its quality and nutritional value. Cinnamon in its natural source is gluten-free; however, ground cinnamon may have added flour to stop it from clumping and caking together. This process will strip the cinnamon of its natural oils, which is where the essential nutrients are found. If you have celiac or are gluten-intolerant, it is vital for you to find a certified gluten-free source or grind the bark yourself to ensure that your cinnamon is indeed gluten-free.

4.Cinnamon is an excellent substitute for sugar because it adds some sweetness and flavour without sugar.

5.Cinnamon is linked to being an antioxidant, anti-inflammatory, antidiabetic, antimicrobial, anticancer, lipid-lowering, and cardiovascular-disease-lowering compound, as well as neurological disorders, such as Parkinson’s and Alzheimer’s diseases.

Integrative medicine, which combines conventional medicine and alternative medicine, have been studying cinnamon and its health effects for many years.

I reviewed several research papers that concluded that findings are inconclusive and indicate that the relationship of cinnamon to medical conditions and its therapeutic effect need to be further studied. One study found that cinnamon has potential therapeutic use for cardiovascular diseases.

So, is cinnamon healthy?

I discovered that the answer is, yes. However, when you ask how much cinnamon is healthy? The answer is: it is complicated. Studies have isolated components of cinnamon and tested the chemical and biological mechanism in the body, but further research is required to study the clinical effects of cinnamon as a medicine.

You can read more here about what we do know about cinnamon, it’s role in a healthy lifestyle, and how to use it safely.

To learn more about what foods you should be eating to maintain a healthy lifestyle, book a free 15-minute consultation. I work with individuals, couples and families who are looking for ways to integrate healthy and nutritional balanced meals that are supportive of their dietary restrictions, in a way that is easy and fun. Book a time that works for your schedule by clicking here.